The Four of Swords and Death

A few nights ago I was reading for myself and the cards that jumped out at me the most were  Death, the Four of Swords and the Ten of Pentacles.

Now I usually don’t read Death as a literal, physical death. But when it’s coupled with the Four of Swords, it’s an exception to the rule (from my experiences). The 10 of pentacles added to my suspicion that it could mean a literal death because it seemed like it could point to an inheritance. I made the call and affirmed to myself that yes, the reading referredto a physical death. I cautiously wondered who would be the most likely candidate to die. I thought of my dad because his diet isn’t great but I quickly dismissed the idea.

I put my cards away and hoped that I made a mistake.

I didn’t have to wait long to find out who was going to die. The next day I got word that my first Tarot teacher, Lady G  from Matrix A place of Change, is in hospice now. I was informed that she’s pretty much a vegetable; she an’t speak and doesn’t know anyone. (Edit: The morning after I wrote this, on 12/15/2014 at about 10:00 AM, Lady G crossed over. R.I.P.)

The news made me uncomfortable but I prepared myself for her death a while ago. Even though she faked she was OK, I sensed how ill she really was as far back as the end of 2011.  I guess I paid attention because we had a falling out and I never got to make amends. Maybe I was a coward. Maybe she was too stubborn. But we had a friendship that fell apart that still gets to me.

I became Lady G’s student in December 2011. I started studying Tarot with her because I planned to go on a backpacking trip to India and I wanted to have some kind of skill I could use in bartering with other backpackers. The trip didn’t come together because I didn’t make enough at my holiday temp job to be able to afford to go. But I continued to study with Lady G because no matter how much of a hard ass she was, she believed in my potential to become a professional Tarot reader .

Matrix was also a grove — a place where witches could come together and study the craft. I started going to the rituals at Matrix when the shop was on Bardstown Rd. Sometimes as many as 50 people would pack into a small room in the back of the shop, sitting cross legged on pillows when all the chairs were gone, to honor the god and goddess on full moons, new moons sabbats and esabbats.  The twinkling of the candle light on Lady G’s rings and on the ritual tools contributed to the magical atmosphere we created when we cast the circle and erected the temple. The rituals were always powerful and somewhat serious, although there was laughter in the circle too.

After ritual, there was always a community meal prepared by Lady G and different members of the community.  I had just returned to the United States in 2011 after several years abroad and my life was in transition. I needed something to empower me and I found that power in the eclectic Wiccan grove at Matrix.

I was fascinated by the performance and artistic flare that goes into rituals and I wanted to learn how to lead one. Lady G taught classes on Wicca and although I was broke, she gifted the classes to me because I really wanted to learn and contribute to the community. We drove to Lexington once a month to meet with two other women who were taking the Wicca 101 class. It was a great class and I got to know Lady G on a personal level on our long drives. I also got to know how much hurt and bitterness she was holding inside.

I learned so much from Wicca 101 and was excited to start 102. But little did I know when I when I enrolled in Wicca 102 that big problems would came to the surface.  To pass 102, you had to write and perform a ritual and Lady G and some other people in the community would grade it. I worked hard on writing my ritual but I enjoyed learning about everything that goes into doing circles for a community.

But the big problem was that Lady G didn’t care for the Japanese deities and guardians I chose for the ritual. I lived in Japan for three years and I had a habit of getting lost at shrines and temples. I even did a couple of Buddhist and Shinto pilgrimages and cleaned up abandoned Shinto shrines. These things made me feel something spiritual when I lived in Japan and had more meaning to me than any other Western spiritual practice I had encounted.  So it wasn’t like I wasn’t familiar with my god, goddess and deities and what they mean.  But Lady G and the priest she chose to work with me couldn’t understand. To make matters worse,the priest even mocked my deities!

So I went for a compromise. I agreed to take the Japanese element out of my ritual but I told her that I couldn’t work with a priest who didn’t respect me. I asked her if she could find another priest and suggested some people in the grove who had taken 102 in the past who could work. The request fell on deaf ears. She told me I had to work with the priest and even worse, he continued to be downright nasty to me. I didn’t know what to do. I didn’t want to do a ritual with someone who constantly put me down. Ritual is a time for me to feel empowered and my ritual wouldn’t be effective if I had a priest who tried to tear down my personal power.

I turned to my boyfriend, who always gives me great advice when I have no where to turn. He recommended that I quit because I didn’t need people who treat me like that in my life.

Honestly, it was my first real lesson in creating boundaries with people. And it was an important lesson.

Around the same time, I started studying Qabalah and angel magick so my focus was shifting away from Wicca anyway. I sat down and meditated on the archetypes of the archangles of the four directions and received confirmation that I should leave Matrix altogether.

But it wasn’t easy to quit. I had friends in the community and I valued Lady G’s friendship. I went to  almost every one of her rituals from winter 2012- late summer 2013. But it was time to accept that my journey at Matrix had come to an end. For whatever reason, it had to happen that way to out me on a different path. I quietly left the grove of witches and began a solitary practice in the early fall of 2013.

Because my introductory level Qabalah studies called for candles and herbs and essential oils and other magical items, I still shopped at Matrix, the shop. But every time I went in there, I got the cold shoulder from Lady G. I tried lots of times to talk to her but she would just stare at me like, “What do you want?” and treated me like a stranger.

Honestly, I thought it was petty and I started feeling uncomfortable even shopping at Matrix. I wanted to tell her that even though I left her group, I still cared about our friendship.

But honestly, she really put me down a lot, even when we were friends, so I often wonder if she was my friend at all.

As Lady G’s health started to fail, I’d send her little notes here and there for well wishes and she always ignored them. The last time I saw her was at Louisville Pagan Pride where she was really nasty to me for no reason when I said hello to her at her shop tent. I turned and left the tent feeling no better than when I went in. Another attempt to mend the relationship over before it started.

So when I heard about her condition, of course it hurt because this is the way it ends: on a sour note.  My biggest fear was that she would die without me ever having a chance to really tell her that I appreciated everything she taught me and thanking her for that.  Every time I tried to open the door for that conversation though it was shut in my face.

She often said that the thing to do when someone hurts you is to write a letter to them, send a copy to them and burn a copy of the letter you keep for yourself. Of course, I can’t send it to her, it wouldn’t do any good, so here it is, my hurt feelings but also my acknowledgement that she did change my life and my gratitude for that. So if I could actually have last words with her, they would be these.

Thank you for teaching me how to read Tarot. Without you, I wouldn’t be where I am now, on the verge of making it a career. I wouldn’t have had the skills and knowledge I needed to work with Biddy Tarot. Thank you for teaching me about angels and recommending I pursue Qabalah studies. Thank you for teaching me how to use witchcraft to empower myself and to connect with the archetypes that give people something to believe in.  I’m happy I was able to be part of your life but I’m sad that you never let your grudge toward me go. However, I will no longer carry the hurt with me. Today I choose to release the pain I felt from the ending of our teacher/student relationship and to move on.

May the god and goddess welcome you with open arms to Summerland when you crossover. Merry meet, merry part and merry meet again. Blessed Be.

Well, it’s been about a week since I updated and this time, it wasn’t because of laziness. It was because I was just incredibly busy.  On Monday I had a photo shoot. (FYI, on the other side of my life, I work in professional wrestling as a hula hooper. You can find out all about that here. ) Wednesday I was featured on two podcasts and on OVW TV taping. Thursday I went shopping for Christmas with my mom and by the time Friday rolled around, I was ready to totally have a four of swords kind of weekend.

Where There is No Night is coming along really well. The story arc that I’m planning to release is with my editor. I’m waiting for  a record company in Germany to get back to me about some music rights and my art contest for the tarot deck based on the show ends on Saturday.  The wrestler I work with at OVW, Chris Silvio, is on vacation in England so  I’ve been focusing on wrapping up my internship hours with Biddy Tarot.

I feel a lot of amazing things are going to happen in 2015 and I’m excited. Here’s to the future! 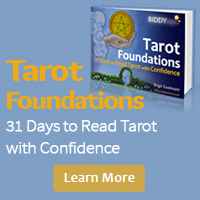 2 thoughts on “The Four of Swords and Death”