I’m in Love with the Moon 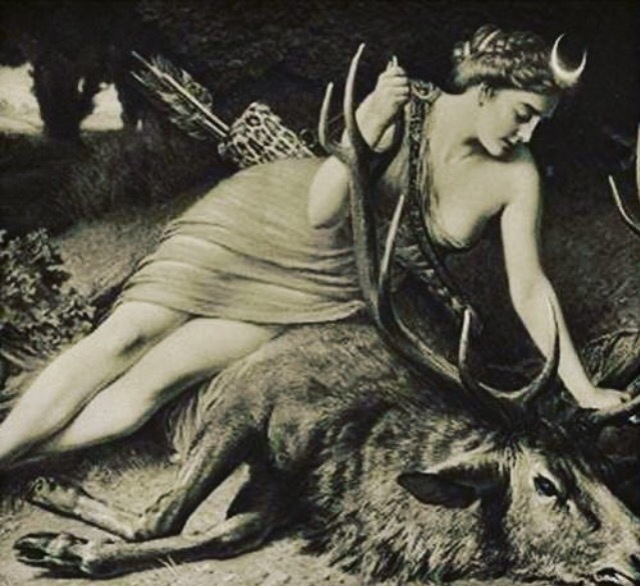 Mercury stations direct on Wednesday and the Fall Equinox follows the next day. We’ve had two partial eclipses, a solar and a lunar one, as well as lots of activity involving Venus (love), Mercury (communication), Jupiter (luck) and Pluto (death and rebirth).

The days are getting shorter and the air has taken on a crispness here in Colorado. There’s no doubt about it; no matter which way you look at it, we’re in a transition period.

1) I officially made enough sales on Etsy to require me to file taxes in the US, making me a legitimate business. Magdalena Tarot has been around for about 2 years and my hard work is starting to pay off.

2)The creators of the Druidcraft Tarot deck, the deck I use in the forecast, said they are thrilled I chose to use their deck on my page when I reached out to them to ask for permission. I am honored that they granted me the privilege!

3) An account of a true ghost story I wrote will be appearing in print! I saw a little video of the book on Instagram and I’m so psyched to get my copy! You can preorder yours at https://www.etsy.com/listing/478521785/pre-order-witch-way-magazine-2016-spirit

4) I was selected to read Tarot at Denver Witch’s Ball.

There are some things I can’t tell you about just yet because they haven’t manifested and the energy around them is still swirling. But they will be exciting if they materialize!

The Harvest Moon kind of brought things full circle for me.

Last night I was sitting on the balcony, reworking my query letter for my novel. I took a break from querying because receiving rejection  letter after rejection letter is soul crushing. I got close to being picked up a couple of times but really, publishing is all about connecting with the right person who has the same passion for your story as you do.

And I just haven’t found the right person yet.

I did well in a contest at the end of spring so I decided to get back in the query trenches after taking a break from querying for several months. This round of querying has been particularly brutal because I usually found agents and editors through contests where I got their attention, not through Google. So I’ve had to toughen up because now I’m reaching out to people in the industry unsolicited.

I had a double whammy of rejection last week when I got a rejection letter for a job and my novel on the same day. It was a blow to my confidence but I had to get back on the horse if I want to fulfill my dreams.

So I sat on the balcony and watched big, gorgeous Mother Moon glide across the sky, hoping she would bring inspiration that would help me to impress the agent I was querying.

I’ve been in love with the Moon since Friday night and I can’t get enough of Her light. A leaf bug sat with me on the balcony, watching the Moon too. It stared at Her and chirped. A chirp echoed back. I picked up my tarot cards and drew a card. I held the card up and smiled. I’d picked the Moon. The Moon warns that things are not what they seem and to beware of deception. But the fact that I was sitting under the Moon, in harmony with the night, and I drew the card named for that gorgeous hunk of space rock, reminded me of the psychic side of the Moon card; the side that says, “When in doubt, trust your intuition.”

It certainly was an appropriate draw. I was nervous about the query letter I was writing. My gut told me to take a chance and not be so stuffy and formal. It told me take a different approach but the approach I was inspired to take went against everything every published writer has ever told me to do when querying. I tried to remain true to what my mentors had taught me but the Moon wouldn’t let me go that route.

I held the Tarot card up and looked at it next to the Moon in the sky. The woman on the card was looking at the Moon like I was. The leaf bugs were chirping like the howling dogs on the card. It seemed like the card had come to life on my balcony. I went with my gut and sent the query letter the Moon advised me to send, not the query letter my mentors advised me to send. Will I get a rejection? The odds are against me but then again, this industry is subjective and based on luck.

Today, just for verification, I asked about the message of the Moon card and drew the High Priestess; the other Major Arcana card ruled by the Moon. Although this card combo has a foggy reputation, the message was clear to me: Trust Your Intuition. Even if I do get a rejection, I did the right thing.

Today I also got some interesting news that may bode very well for me in the job market if I play my cards right. Again, I’m working carefully on a letter and trusting my intuition.

As I lay here in bed and watch the Moon play peak-a-boo from behind the clouds, I’m filled with the gratitude that just like the Moon, this cycle in my life is full and bright.