From the Cauldron of Magdalena Tarot 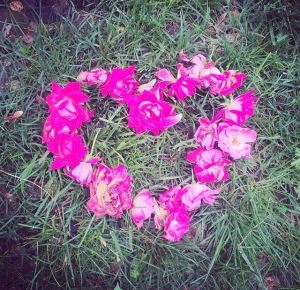 Happy Beltane, everyone! This week we celebrate the sacred union between the God and Goddess. The growing season is in full swing.  How are your intentions growing?

There are a lot of new things happening with Magdalena Tarot and I’m really excited to tell you about them!

First of all, sadly, our time with the Rota Tarot  by Soror Tzadkiel has drawn to a close and the campaign has ended. My closing thoughts are that I really enjoyed working with that deck and the system was interesting to learn.  I’ll be doing a review of the deck soon so stay tuned for that.

This week I introduced the Evolutionary Tarot by Richard Hartnett, H.W., M. as the new Magdalena Tarot Partner deck. Richard’s interdependent deck is very unique because he added a few cards and changed the numerology to “update” the Tarot. I’ve started working with the deck for personal readings and I’m really enjoying it getting to know it. I hope it helps open doors for you too. Expect an interview with Richard about his original deck in next week’s newsletter.

Lastly, my quick reference Tarot book goes to my editor in the next week or so. I plan to release it sometime before the end of the year along with the complete Old Tyme Tarot Deck images as the illustrations. I’m still thinking about where I can go from there because it feels like there’s potential to do some great stuff with the images and material .

Things are productive here at Magdalena Tarot. Thanks always for your love and support.