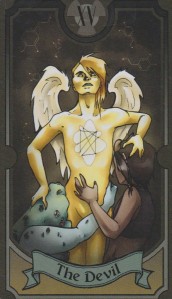 It’s the 11th week of the year and the card of the Week is the Devil.  Mercury gears up to station retrograde on 03/22/18 so we’re digging up a lot of past issues right now.  This theme already got off to a start last week when Jupiter stationed retrograde  last week on 03/08/18.  We haven’t had any planets in Retrograde since Uranus stationed retrograde on 01/02/18. It was like we went on Summer vacation and now it’s time to go back to school. If you feel like you’re repeating a grade, it’s time to get the hang of what you didn’t understand last time. Sharpen your pencils because the lessons will be heavy. The number of the week is 2, a number of duality.
Mantra: “Back to school, back to school, to prove to Daddy I’m not a fool.” — Billy Madison 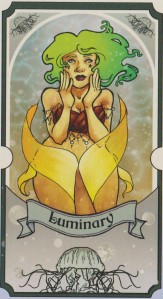 Monday 03/12/18 Queen of Cups
Numerology: 8
Moon Void of Course 8:36 a.m. PST
Moon Enters Aquarius 3:44 p.m. PST
The Queen of Cups is a card of feminine emotions. The Queen is filled with love and creativity but she can also be moody and over emotional. Which side of the Queen will you encounter today? Moon sextile Jupiter at 2:00 a.m. PST is a transit that brings happiness, harmony and flow. Moon square Uranus at 8”36 a.m. will shake things up a bit. The Moon is void of course in Capricorn between 8:36 a.m. PST and 3:44 p.m. PST when she will enter the shaking sign of Sagittarius. Don’t let your emotions get the best of you. The number of the day is 8, a number of karma.
Mantra: Every action has an equal and opposite reaction. 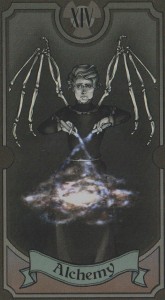 Tuesday 03/13/18 Temperance (Alchemy)
Numerology: 9
Moon in Aquarius
Temperance is a card of alchemy. What will you do to turn your soul from base metal into gold today? Venus square Saturn at 5:39 a.m. PST is a transit of revolutionizing relationships. If you’re feeling paranoid, ask yourself why you are resisting opportunities to grow in love? Moon sextile Venus at 8:21 a.m. PST is a transit that brings love beauty and creativity if you just surrender your fears and give into the power of love. Sun trine Jupiter at 1:06 p.m. PST is a lucky transit that will leave you feeling good in so many different ways! This will give you the power to let go of hurt and fear that you’ve been holding on to. Moon sextile Mercury at 2:36 p.m. PSt is a transit of flowing communication. Speak your truth into reality. The Moon is in the revolutionary sign of Aquarius, inviting you to step into a new paradigm. The number of the day is 9, a number of near completion.
Mantra: To fear eternity is to fear your own potential. 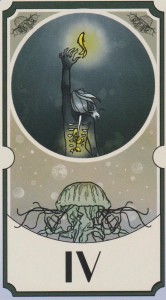 Wednesday 03/14/18 4 of Cups
Numerology: 1(0)
Moon in Aquarius
The 4 of Cups asks you are you satisfied or are you stagnant. If you feel that your life is lacking stop focusing on what you don’t have and take time to give thanks for the blessings in your life. Moon square Jupiter at 1:53 p.m. PST may find you stuck in your own head. Have you ever thought that may be where all these problems start? Moon sextile Uranus at 8:34 p.m. is a transit that invites you to shake that feeling and wake up into a new realization. You may just see how lucky you really are. The Moon is still shaking things up in Aquarius so prepare for your mind to continue to be blown. The number of the day is 1(0), a number of endings becoming beginnings.
Mantra: Not bad, not bad at all. 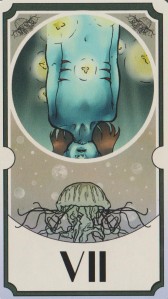 Thursday 03/15/18 7 of Cups
Numerology: 2
Moon Void of Course 12:32 a.m. PST
Moon Enters Pisces 3:12 a.m. PST
The 7 of Cups is a card of dreaming. Now that you are awake, what do you see? Moon sextile Mars at 12:32 a.m. PST is a transit of bravery and leadership. Who says you can’t live your dreams? But to live your dreams, you have to know what they are. Moon sextile Saturn at 7:07 p.m. PST is a transit of acceptance. You are a machine made of stardust that has the potential to see and know all. But that kind of power comes with responsibility. Moon is void of course in Aquarius between 12:32 a.m. PST and 3:12 a.m. PST when she enters the flowing sign of Pisces. Sometimes the answer is not found in the war itself but in the power of giving in. The number of the day is two, a number of duality.
Mantra: The bravest thing you can do is believe in your dreams. 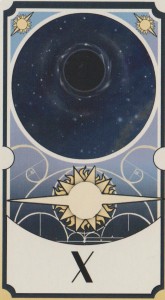 Friday 03/15/18 10 of Swords
Numerology: 3
Moon in Pisces
The 10 of Swords is a card of finality. Ask yourself if you are dedicated to peace or guilty of war? Moon conjunct Neptune at 6:47 a.m. PST tells you to trust your intuition. There is more power in silence. Moon sextile Pluto at 7:08 p.m. PST is a transit that reminds you that it’s time to stop “beating the dead horse”. There is nothing more to say or do. Moon trine Jupiter at 11:11 p.m. PST is a transit that reminds us that the lucky ones are lucky because they count their blessings instead of their losses. The number of the day is 3, a number of things coming together.
Mantra: I surrender. 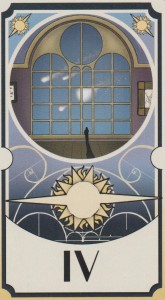 Saturday 03/16/18 4 of Swords
Numerology: 4
New Moon in Pisces 6:12 a.m. PST
Moon Void of Course 6:12 a.m. PST
Moon Enters Aries 11:57 a.m. PST
The 4 of Swords is a card that calls us to find peace in the silence. Give it a rest and let the Cosmic do the rest. Moon conjunct Sun at 6:12 a.m. PST reminds us that since Mercury Retrograde stations retrograde next week, it’s time to start collecting your garbage to take out the curb. Focus goals around giving up what you don’t need, not manifesting what you want. Mars enters Capricorn where He will stay until 05/15/18. While Mars is in Capricorn, the goals you set will be infused with fire so if you are trying to heal from previous traumas, it’s time to burn it all away. Sexual appetites will also be high but so will your standards. The focus will be on give and take so the more you help others, the more they will help you. However, Moon square Mars at 12:03 p.m. PST may get this season off to a rocky start so keep your attitude in check and know that it’s just the movement of the stars firing you up. Instead of feeling agitated, get excited. The Moon is void of course in Pisces between 6:12 a.m. PST and 11:57 a.m. PST when She will enter the passionate sign of Aries. Don’t fight the current, just flow with it and you’ll find yourself where you need to be when the Moon enters Aries at 11:57 a.m. PST. The number of the day is 4, a number of stability.
Mantra: I make time for rest. 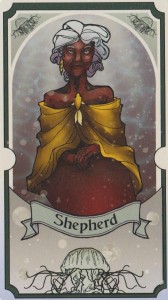 Sunday 03/17/18 King of Cups a
Numerology: 5
Moon in Aries
The King of Cups is the masculine side of emotions. He is the man who isn’t afraid to tell someone he loves them and who isn’t afraid to cry. However, when he is out of balance, he can bring the force of a hurricane. Which side of the king will you meet today? Moon square Saturn at 3:19 a.m. PST is a depressing, heavy transit. If you are asleep during this transit, these themes may appear in your dreams. Moon conjunct Venus is an attention needy transit. Don’t worry, people are noticing you but make sure it’s not because you’re making a scene. Moon conjunct Mercury at 4:47 p.m. PST is a transit that may make it difficult to communicate. Slow down and make sure your emotions aren’t getting in the way. The Moon is in the explosive sign of Aries so if things are heating up, use the power of the water to cool down. The number of the day is 5, a number of overcoming hardships
Mantra: Our lives are like water.